Antithesis is a collection of vivid and exhilarating science fiction stories, tied together by characters whose moral challenges offer windows into humanity and the human condition. These stories are cautionary tales, flights of fancy, terrifying psychological journeys, humorous romps, and even a space opera.

A speculative tale about humankind becoming obsolete from the perspective of the machines we created. The story of an airline pilot who loses his faith in the physics of flying as his rational and irrational mind fight for dominance. An ancient being born of human evolution that strips us of our memories, feeding on one precious reminiscence at a time. An audacious fable that explores a new galaxy, one where humans are irrelevant, but the conflicts of a class-based society are not. A novella-length saga about a mission to Mars, the origins of humanity, and an atrocity that stretches across time and space. And finally, a story that asks the question whether an unstoppable artificial intelligence would indeed be happier traveling the vast reaches of space, or back amongst the flawed beings who created it.

Escape into worlds unlike anything you have seen before, but some eerily similar to our own. Antithesis – where the opposite is to be expected. 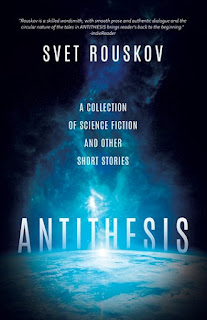 Antithesis is a collection of five short stories and one novella. Two of the stories will finish in Rousov's second volume. Personally, that was a minor negative for me, although, on the positive side, Rousov's competent storytelling develops intrigue and mystery, making for a page-turning experience.

My top three stories were:

Obsolescence was an intriguing voyage into a future world of quantum computing and its ramifications to society if left unchecked. But, how do you achieve that when the technology you're creating is superior to its inventors? I particularly enjoyed the confrontation between the 'core' and its inventors after the point of singularity and the philosophical discourse that followed, unfortunately ending all too quickly.

MCDU was a mysterious voyage taken by John and a travelling companion, Chris, more a ghost story than sci-fi, but nicely told.

Andy and the Core was my favourite, telling the story of an AI sentient and his travels across the universe. Although a short story, Rousov took the time to develop Andy and the choices he made, even on becoming a male. His travels across the universe followed, offering an imaginative view of the different life forms that had evolved across galaxies, just a 'pinch' away from this voyager of the cosmos.

The two longer stories, The Harvest and The Blue Planet, were equally intriguing. Still, they ended abruptly, leaving the reader to wait and wonder about the next instalment, a successful strategy for a television series, but for me, less successful in a novel.

All in all, Antithesis is an enjoyable read for lovers of SFF in the short story form. If you enjoy Twilight Zone style SFF, I recommend you read this novel. 4 STARS

Antonella walked down the corridor. Some of her crew scurried away as usual when she passed, but she also noticed a few looks that lingered. She turned a corner and saw that no one was there. Off to one side was a maintenance hatch, one that led to the outer hull of the Maiden. With a glance over her shoulder, Antonella opened the hatch and squeezed herself in.

It wasn’t easy going in the maintenance corridor. Antonella had to hunch over, constantly wary not to hit her head against scorching-hot pipes. Finally, she arrived at her destination, a viewing bubble that stuck out from the outer hull, allowing repair crews to see any deformation in the ship’s skin.

But what Antonella saw nearly stopped her fluidic pumping organ. There were hundreds of invaders clinging to her ship, like Alerian moths on a stag’s back. They were dressed in vac suits with magnetic shoes. More floated silently toward the Maiden, keeping away from viewing ports and making sure to stay in the blind spot of the bridge. Thud! She again heard the metallic noise that had triggered her initial reaction in the engine room. It was an invader landing on her hull and taking their position.

There was only a moment of doubt in Antonella as she tried to understand what was happening, but it all then became crystal clear. This was the crew of the freighter. They were going to board the Maiden.

Antonella could feel her jaw clench, her back arch. She turned to head back to the corridor, vowing to kill each one of them. But suddenly, she stopped with a thought: someone must be helping them from inside. She shook her head angrily; it must be the engineer who had betrayed her, and she was now certain who was pulling his strings. 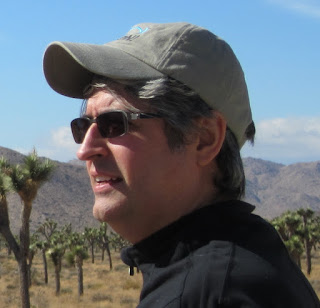 Svet Rouskov started his career as a graduate from the University of Toronto Mechanical Engineering program and became a successful automotive industry executive. After fifteen years he discovered that his real passion was writing. Once he took an introductory screenwriting class, Svet realized he was hooked and continued his filmmaking education at Norman Jewison's Canadian Film Centre. Since that time, Svet has written, developed, and produced feature films, television shows, video games, and web-based series. His passion for writing has now extended to literature, which offers him another exciting avenue to tell stories. This is Svet's first work of fiction.

Please check out his IMDb page for details of his work and representative contact information.

The author will be awarding $10 Amazon/BN gift card to a randomly drawn winner via rafflecopter during the tour. Click HERE to enter.

Check out all the other tour stops. Click HERE