Coming of age as a time traveler isn’t easy. Young George St. James gets help from a magical medieval monk and a 23rd century geneticist. But they can’t keep him safe from a secret society dedicated to eliminating time travel. When love unexpectedly arrives in a distant century, George must use all his skill to thwart his foes while trying to save his beloved from their malice. 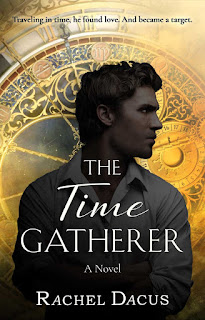 The Time Gatherer, a prequel to Rachel Dacus's novel, The Renaissance Club, explores the backstory of George St James, the leader of the Renaissance Club, a group of historians touring Italy. I didn't read the earlier novel, but it wasn't necessary to enjoy its prequel.

The Time Gather provides the YA reader with an enjoyable journey into the world of Renaissance art and time travel. George, the protagonist from 2073 AD, is dealing with the changes of adolescence and a genetic ability to skip through time with a single thought.

An ensemble of mentors, Sanders his butler, Dr Zheng a 23rd-century geneticist and Bernardo, a medieval monk, assist George. However, George is an impatient student who allows love to get in the way of rational decision making, often running the gauntlet of time travel and the inherent risks, notably being discovered by The Optimalists, who want time gathering outlawed.

He adventures across generations of the creative arts world, from twentieth-century rock music to the seventeenth century's Renaissance art, meeting an assortment of beautiful women, ultimately falling in love with Elisabetta, a gifted Renaissance artist.

The Time Gather is a well crafted YA story that captures the frustrations faced by this very stubborn protagonist. Dacus's vivid and painstakingly crafted descriptions of the art of painting was a joy to read. Whereas her portrayal of time travel training was less convincing and at times rushed. That said, the Time Gatherer is an enjoyable romp for young readers with interest in romance, art and Renaissance history.

Fans of Tempest by Julie Cross and The Here and Now by Ann Brashares should enjoy this book. 4 STARS

Her hand was limp in his, and her eyes had ceased to move under closed lids.

He couldn’t take a breath until she took one, but her breathing was shallow and slow. George finally inhaled, a lump in his throat. But he couldn’t allow the tears. Not yet. Not while she lived.

A single window above her bed let in a feeble shaft of light, but not much air. The stone walls oppressed him. This backward place. If only he could have transported his beloved to the airy apartment he lived in, four hundred years in the future. She could have recovered there. No one could get well in this backward century.

He had offered to take Elisabetta with him, knowing that she would die of this unknown disease. In his time, they might have been able to cure her, but she’d refused. He wouldn’t force this brilliant young painter to leave everything she’d ever known when that might ruin her and disturb history.

This was all his fault. If George hadn’t allowed his teenage passion for rock and roll to lead him to an even deeper passion for delving into history, he might not be sitting in this stone-walled room in the seventeenth century, keeping vigil at the bedside of the only woman he would ever love.

He could jump right now to the future and ask Dr. Zheng for another remedy, but since this one had gone so wrong, the next cure could be worse. And he couldn’t leave Elisabetta alone now. 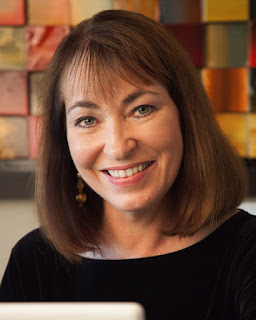 Rachel Dacus is the author of three novels touched with the supernatural, The Time Gatherer, The Renaissance Club and The Invisibles. Magical realism also runs through her four poetry collections: Arabesque, Gods of Water and Air, Femme au Chapeau, and Earth Lessons. Her writing has appeared in many journals, including Atlanta Review, Boulevard, Gargoyle, and Prairie Schooner, as well as the anthology Fire and Rain: Ecopoetry of California. She lives in the San Francisco Bay Area with her husband and a tiny but feisty Silky Terrier. She loves exploring the outdoors and raising funds for good causes.

One randomly chosen winner via rafflecopter will win a $20 Amazon/BN.com gift card.

Check out all the other tour stops HERE