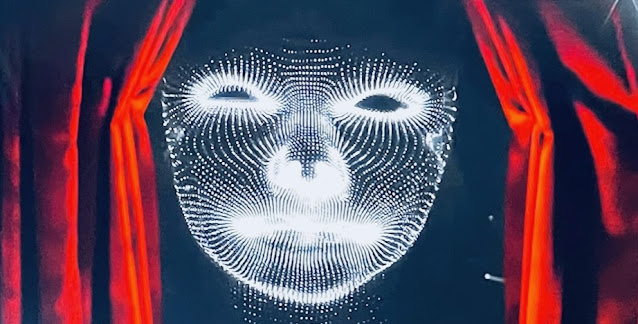 My next novel, PHANTASM, will blend science fiction (AI) with classic fantasy (Phantom of the Opera). This year's blog pages will review any activities related to developing my new novel, including interesting SFF books and science articles. I welcome any feedback from fellow SFF readers. If you like what you read, feel free to follow my Twitter and Blog.

I'm a fan of Ian McEwan's fiction, so I was interested to see how he tackled the Science Fiction genre. As expected, his portrayal of human frailties was well crafted. So, I wasn't surprised when one of his characters, a machine sentient, struggles to make sense of an imperfect world. They couldn't understand us, because we couldn't understand ourselves.

Charlie Friend rents a London apartment where he tries to scrape out a living from trading shares. It's 1982 in an alternative history world where Britain loses the Falkland war, John Lennon and Alan Turing are both alive, and the latter is a revered AI scientist who has successfully developed humanoid robots - 13 Eves and 12 Adams.

The world build was creative, but I found the alternate history descriptions mostly an unnecessary annoyance, slowing the main story. Charlie receives an inheritance and given his interest in computing, purchases an Adam. In no time, Adam fits into Charlie's world, including Charlie's neighbour and lover, Miranda. Adam soon falls in love with her, creating an unusual love triangle. The consequences are daunting, leading to spirited discussions, ranging from philosophical to political, and a final confrontation with Adam's maker. 4 STARS 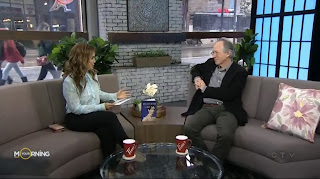 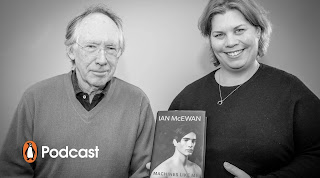 There are many vital technologies already in the late development phase. Here below are some trends of particular relevance to my new novel PHANTASM.

We will be increasingly inclined to surrender our decision making to AI technology. Spotify is an example of this with seamless music categories organised for the listener's pleasure and recommended albums based on your current preferences.

Currently, this demand is for specialist requirements such as sex robots. The market for human-like robots will only grow as society becomes more accepting of robot relationships, just as society adapted to gay relationships. As new frontiers of artificial general intelligence (AGI) stretch, it's inevitable human-like robots will demand similar protections for their human rights.

AGI is the point where AI gain the capability to learn like humans. Rather than one specific task, AI will multi-task, but at far greater speeds than a human brain. Once achieved, machines will teach other devices, hastening their development and quickly overtaking the human capacity to evolve.

This technology will enable swarms of intelligence rather than a centrally controlled system. Nanotechnology will build quantum-level technology to replicate and adapt, bringing solutions to the environment; curing illnesses; preventing catastrophic weather and exploring planets. It will change the world with the advent of comprehensive 3D technology that will print any carbon-based material from building supplies to food.

IR  is a step further from Augmented Reality.This technology injects another reality directly into a humans brain, giving them superhuman capabilities. For example, reading a thousand books in one second! Ultimately, it will provide humans with the power to communicate telepathically.

Human consciousness has to reside in information. Technology will allow our consciousness to move beyond the biological substratum's constraints to information bits such as the USB stick, allowing the consciousness immortality of sorts, storing the lives of all who pass in a digital virtual world.

The above technologies will change our world beyond recognition. Cities will be larger and higher, but they will be quieter at ground level as more autonomous electric vehicles and underground rapid mass transit vehicles appear. The skies will be busier as autonomous flying vehicles develop rapidly. Complicated supply chains will disappear as 3D printers come online with the capability to supply anything on request promptly. Cities will be cleaner, environmentally friendlier and less cluttered as marketing is directed to virtual and augmented reality rather than signage.

Humans will have greater control of what they see, along with a broader choice of subject matter limited only by their imagination. Mind sharing will be commonplace, and humans will better control their internal environment, appearing superhuman with capabilities to change their health, even genes just through thought.

Given safety challenges are addressed, AI will have the capability to make improved, unbiased and ethical decisions, resulting in a better and safer world. It will allow humans the capacity to detach from the real world and live in virtual machine generated worlds. AI will master the molecular engineering of living and non-living systems; intelligence engineering will gain full telepathy. In time, as AI exponentially evolves beyond human comprehension, they will develop their own virtual Earth, Universe and Multiverse, pursue their politics, institutions and government. In short, they'll build a unique alien race.

Thanks for visiting my blog! I'd value your feedback, including thoughts on good AI science fiction novels to help me complete PHANTASMS in 2021!